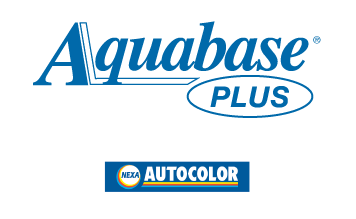 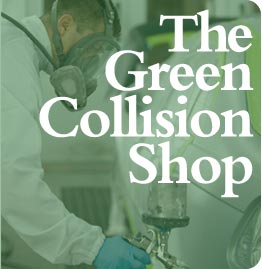 "Specializing in YOUR vehicle"

Using waterborne automotive paint is good for employees, too.

Since waterborne contains lower VOC than solvent, it is easier to control the air quality inside a shop or spray facility. While standard safety equipment is still required, you can virtually eliminate the harsh odors associated with using solventborne paint throughout your facility.

No other company has more expertise in advancing waterborne automotive coatings technology than PPG.

Long before most of North America's body shops had even given though to waterborne finishes, PPG was already immersed in it. That's because PPG saw the environmental handwriting on the wall even before it was written andfor the past two decades has been developing and refining its technological expertise in both North America and Europe. Having worked closely with OEMs in their transition to waterborne at vehicle assembly plants, PPG scientists understood early on that the refinish industry would have to move away from solvent-based paints.

Body shops across Europe make transition to Aquabase Plus and Envirobase High Performance.

They took the steps to address the environmental issues solvent-based paints raised by developing a water-based paint system that produced remarkable results—that turned the heads of the OEMs.

PPG expanded its global research capabilities with the acquisitions of ICI Autocolor and MaxMeyer in the 1990s, solidly establishing itself as the world's waterborne paint leader. That role was reinforced when, in 1992, ICI Autocolor (now Nexa Autocolor) introduced the world's first waterborne refinish system, an innovation that received the United Kingdom's Queens Award for Technology in 1995.

Listening carefully to customer feedback and taking advantage of its expanded global research capabilities, PPG continued to add innovations to its waterborne offerings throughout the 1990s and into the 21st century. For example, in 1998 it was the first to make available a compliant system capable of repairing 3-stage pearl finishes. And in 1999, PPG placed its first brand offering, Envirobase®—a product of its best European and North American waterborne technologies—into body shops. Ferrari was so impressed that it chose Envirobase as its original equipment finish.

The OEM's introduction of new metallic and effects finishes was the driving catalyst for PPG's development in 2005 of new high-opacity toners offering the latest pigments—a significant advancement in waterborne color-match capabilities. These advancements were good reasons why PPG's Aquabase® Plus and Envirobase® High Performance systems became readily accepted for use by more than 17,000 shops across Europe seeking to comply with the European Union's stricter refinish regulations.

The latest innovation for PPG waterborne products is the Engine Bay and Interior Repair Systems, which significantly speed up the repair process when making these types of repairs.

Today in North America, more and more collision shops are making the transition to waterborne. In fact, more than 4,000 collision shops have made the transition to PPG's Envirobase High Performance and Aquabase Plus waterborne systems. Many of these shops have done so in light of new air quality regulations in California and Canada, and pending regulations in states governed by the ORC, predicted to take effect in January, 2012. The environment, however, is only one reason. A great many progressive shops have made the switch to "stay ahead of the game," knowing that PPG waterborne technology represents a major advancement over their solvent-borne system.

Rely on PPG's experience with waterborne coatings to lead the way.

The move to waterborne refinish basecoat is an effective solution for lowering VOC emissions—improving air quality and OUR environment. The transition can be seamless and productive when the right choices are made concerning technology, equipment, and preparation.